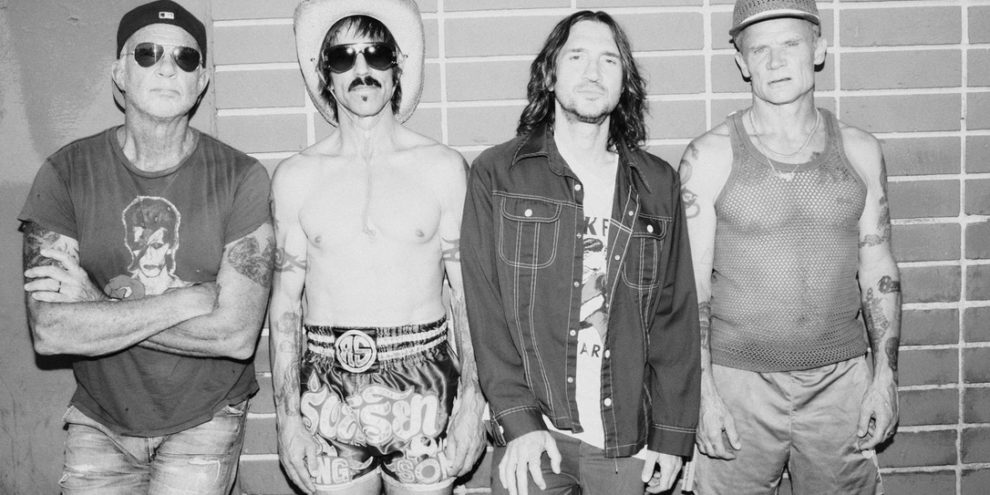 It will be on Sunday, June 12, 2022, when the most famous and selling rock band come to Slovakia for the first time – the legendary Red Hot Chili Peppers will perform in old composition with the guitarist John Frusciante at the LOVESTREAM festival. The band will introduce their songs from the new album Unlimited releasing on April 1. And their greatest hits will be not missing, too.

The founders of Red Hot Chili Peppers met in the Fairfax High School in 1983, where they had been studying. All were musicians and got residency in various starting bands in Los Angeles. Firstly, they met only to play one concert named themselves Tony Flow and the Miraculously Majestic Masters of Mayhem. But the audience was so overwhelmed that they decided to continue together. They played several gigs in Los Angeles clubs and changed the name to Red Hot Chili Peppers. Soon they recorded the first demo. In 1984, Anthony a Flea recorded a debut album, The Red Hot Chili Pepper, with the drummer Cliff Martinez, the guitarist Jack Sherman and other musicians who came into their way in that turbulent times. These days, the band members are Anthony Kiedis (vocals), Michael „Flea“ Balzary (bass guitar), drummer Chad Smith and guitarist John Frusciante, who has come back into the band after ten years.

The band was awarded seven Grammy. It belongs to the best-selling music bands of all time, with 80 million sold albums. In 2012, the band was inducted into the Rock & Roll Hall of Fame.